Barcelona have reportedly compiled a list of players available for swap deals in the summer, which includes the likes of Philippe Coutinho and Ousmane Dembele

With the coronavirus crisis continuing to strike the damage on the clubs’ finances all around the globe, Barcelona (and many other big European sides) will have to adjust their transfer plans accordingly.

The reigning La Liga champions are assessing the possibility of moving to the like-for-like swaps or cash-plus-player offers instead of splurging substantial figures to acquire new signings.

🔶 Two of the five costliest players in history will be offloaded by the Liga champions in the summer in swap deals pic.twitter.com/mww8LHmSf5

After doing due diligence, the Catalan giants have devised a strategy for the summer transfer market that would see them offer other Champions League competitors their highly-rated assets in return for their own transfer targets.

According to the reputable English source, Daily Mail, Philippe Coutinho and Ousmane Dembele are among the group of players Barcelona will look to trade to secure bring in new faces.

Coutinho has failed to shine during his season-long loan at Bayern Munich and will return to the base following a mediocre Bundesliga season.

But, the Brazilian playmaker has already been told he will not compete for a place in Quique Setien’s starting XI and will instead be offloaded or traded away when the transfer window is open for business.

The 27-year-old has been heavily linked with a return to the Premier League, with Manchester United, Chelsea, and his former side, Liverpool, all looking to snap up his signature.

However, his staggering €90million price tag is likely to deter potential suitors, particularly in light of the economic uncertainty caused by the pandemic, which could see Barca use him as a makeweight in a possible deal to re-sign Neymar.

The Spanish heavyweights are determined to bring the Brazilian back from Paris Saint-Germain and are understood to be willing to insert Coutinho as a part of that affair.

The former Inter Milan playmaker became the club’s record signing after the Blaugrana shelled out €160million to take him away from Liverpool in January 2018. 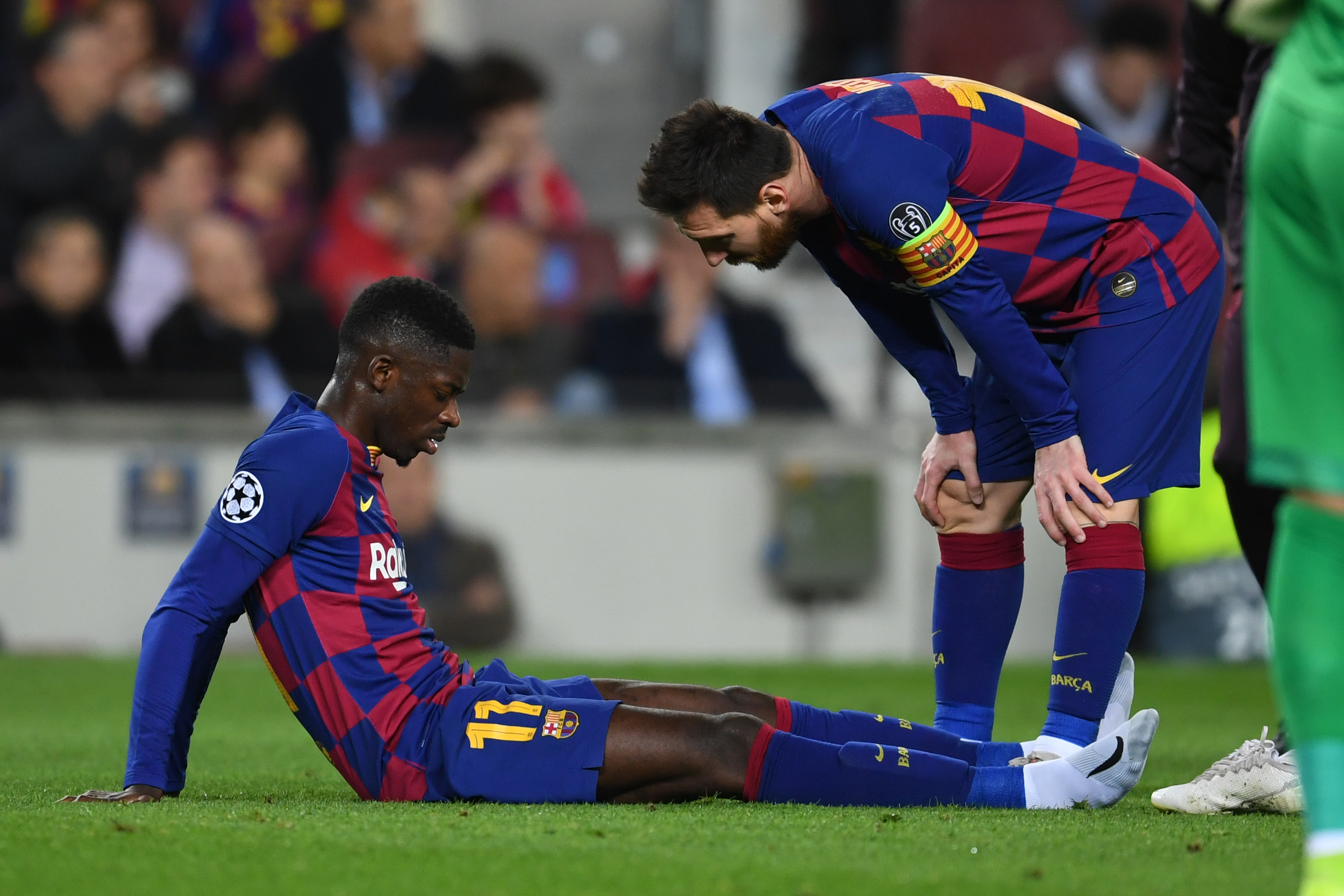 Ousmane Dembele’s injury-riddled stint at the Camp Nou could also come to an end in the summer after the board decided to deem him not reliable enough for the club’s high ambitions.

The 22-year-old arrived from Borussia Dortmund in a massive €105million plus €40m in add-ons in summer 2017, as a replacement for Neymar, who left for Paris at the time.

Unfortunately, a series of serious injury setbacks have prevented the French winger from establishing himself as a permanent fixture in Catalonia.

Over the past three years, Dembele has collected just 74 matches in all competitions for Barcelona, with his constant injury problems frequently keeping him away from the action.

In fact, the injury-prone youngster had picked up just five La Liga appearances this season before the coronavirus pandemic gripped football, delivering only one goal in the process. The long-standing transfer saga involving Neymar’s return to Spain could come to a close this summer after Barcelona laid the foundations for his move back to the Camp Nou.

But, the Argentinean has a whopping £96.7million price tag slapped on his head, which is a stumbling block the Catalans have yet to overcome.

One solution is to use some of their misfits as a makeweight to lower the price, and one of Coutinho or Dembele would do the work.

The Dutchman has failed to replicate his Ajax form in Serie A and is said to be willing to move to Barcelona a year after turning them down.